With the fifth WFTDA official rating and ranking of the season, still in the old location due to delays in launching the shiny new stats portal, (https://wftda.com/rankings-may-31-2019/), we're keeping to our promise to update our "Road to Playoffs series". 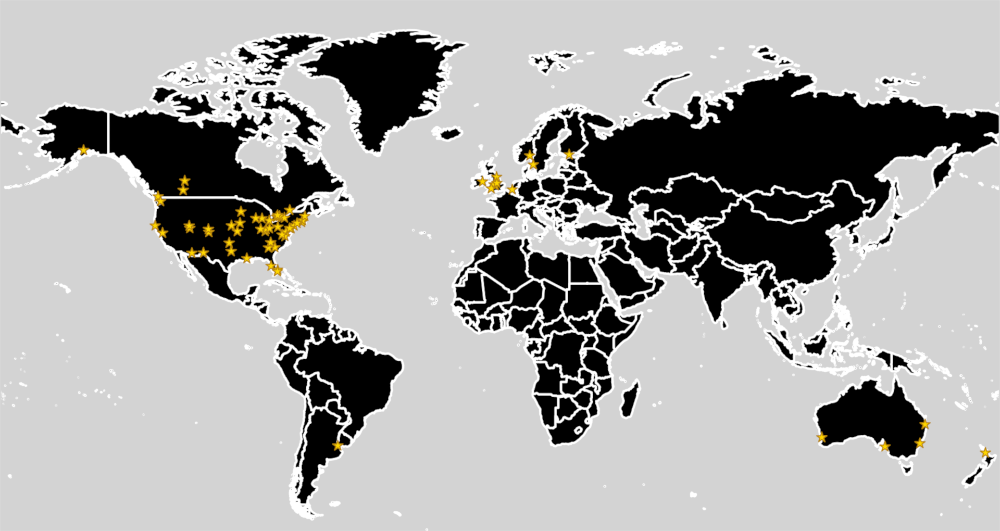 Speedy Convalesce, Head NSO of Mannheim's Delta Quads, as well as many other things, is here to help us better visualise what's likely to happen at Playoff selection. This ongoing series reports the ratings and rankings of the top 100 WFTDA teams, calculated as if we were at June 30th 2019 [the ranking which will be used to decide Qualifications and seedings into both WFTDA Playoffs, and the Continental Cups]. Whilst we can't predict the future, this will give the best guess of what teams need to do to qualify, based on what they've already done. This means that this will be the penultimate edition of the Road to Playoffs series.

The list, updated for this month: (# is number of bouts contributing to the ranking, whilst #El is the number of bouts contributing to their eligibility for playoffs). We'll colour teams to indicate when they've played their minimum number of games for eligibility, but as yet, it's too early for anyone to have met this. We've eliminated any teams which have played less than 2 games since July 2018 here. Teams which have shifted rating (or entered the chart for the first time) since the last article are in BOLD

As usual, a lot of the biggest teams are latest to meet their minimum eligibility targets, which is often a strategic choice about giving things away too soon. (There's also an obvious risk, if you're safely rated near the top, to playing more games, given your current rating is really good.)