Last year, as part of our series on National Tournaments around the World, we brought you up to date with Mexico's Championships and ratings - one of the longest running national tournaments in Roller Derby.

With the 2019 edition of the Championships arriving very soon now, we thought it was time to catch you up on events.

Last year, Mexico City Roller Derby held the #1 spot for the WFTDA-gender division, with Baja California's Baja Roller Derby coming a close second... can this year shake up the dominance of the Mexico City teams? 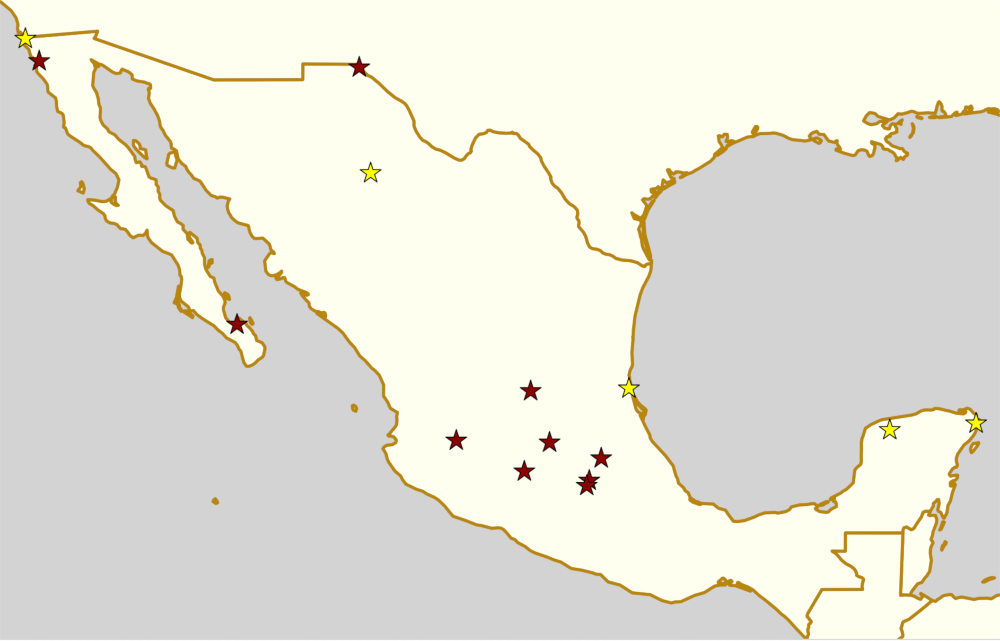 The 8th Mexican National tournament, as always, is organised by the AMRD, the sport's governing body in the country. Seeded from the last published AMRD ratings, Division 1 will take the same 2 Playoffs into Final structure as in 2018. 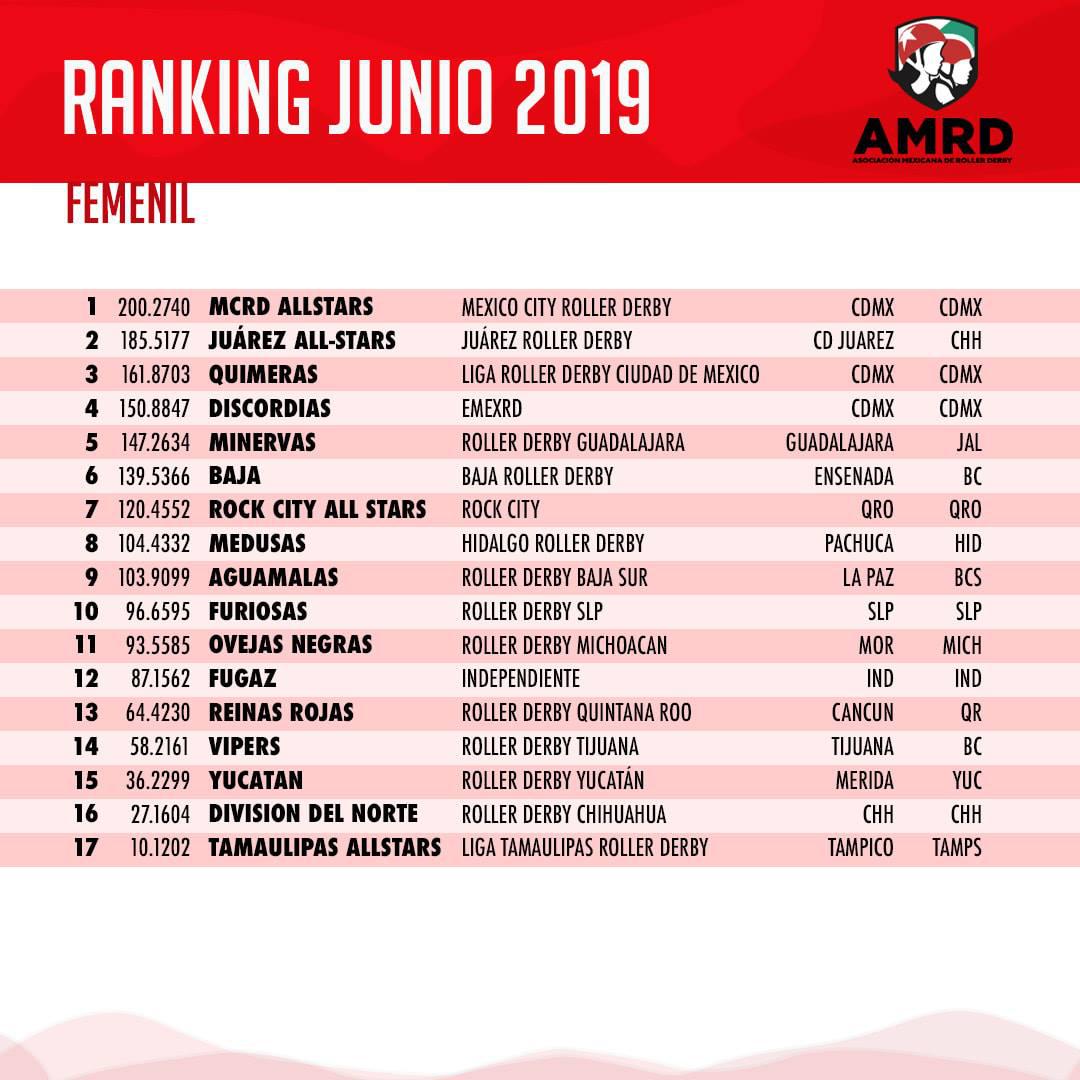 AMRD tries to spread playoffs across the country, so Playoff 1 will be hosted in Chihuahua, whilst Playoff 2 will be centrally located in Mexico City; in the 2nd and 4th weeks of August, respectively; whilst the Division 1 final will be in Querétaro in mid November. Whilst this does mean that the majority of the fixtures will be fairly centrally located (and there's no fixtures hosted out to the eastern limb of Mexico), this also reflects the population distribution, and general grouping of the competitors.

Adopting a boustrophedon allocation (alternating assignments of teams between playoffs in order) based on the June 2019 ratings, the allocations are: 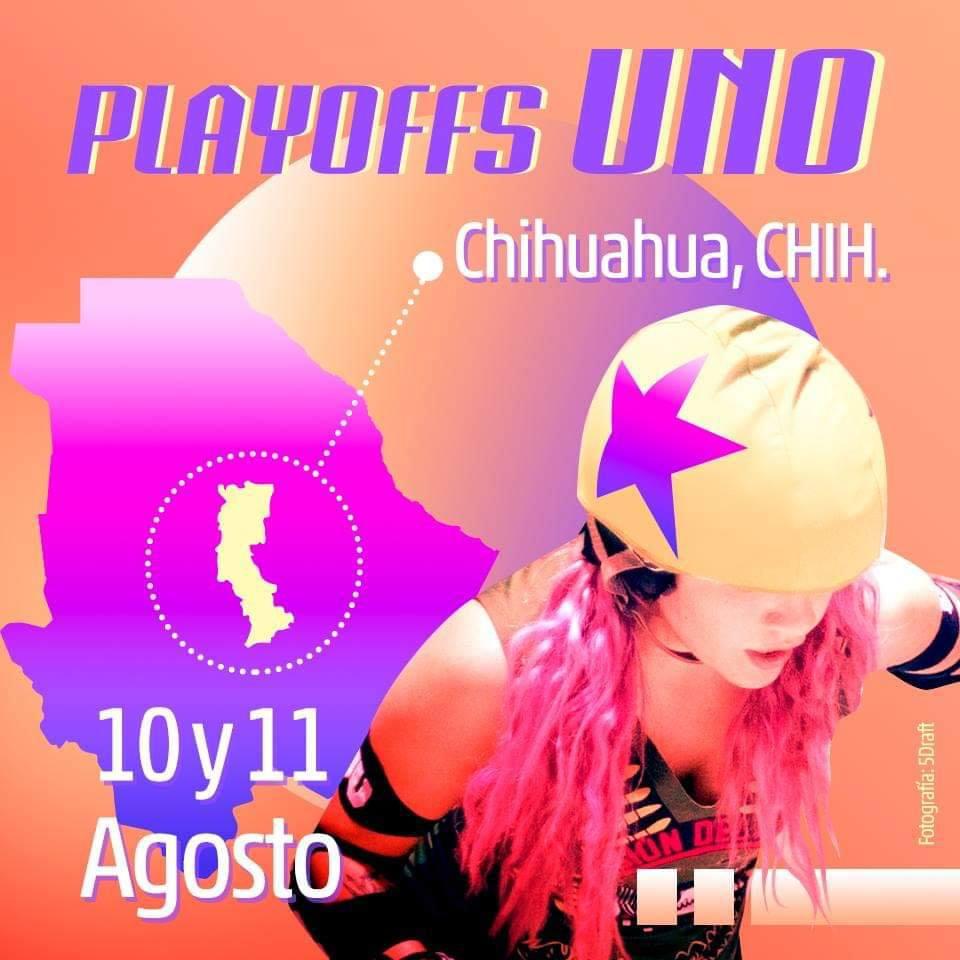 Of these teams, Baja have been pretty active, playing over the border in the USA several times this year, whilst Queretaro's Rock City (rebranded from Queretaro Roller Derby in the last few months) have hosted a lot of fixtures. All of Mexico City's various leagues have also kept up a strong competitive record, partly thanks to how many events Rock City have been holding! As a result, if we were going to bet on upsets, it would be from the two former teams - Baja have had a lot of interesting competitive experiences recently (most of their bouts don't count to their rating here), and this could hold them in good stead against the higher-seeded teams in their division; whilst Rock City have just been playing a ton of derby recently...

At present, only the second playoffs has a Facebook Event, the others pending venue and timings being confirmed, as far as we are aware.

Division 2, being smaller, retains the final fixture for its determination: this year hosted in Guanajuato, near León, in early October.

It's harder to make predictions about the Division 2 teams, partly because several of the teams have a pretty sparse record of games - the last games we see from Tamaulipas were in April, for example. However, the top spots seem fairly safe for the Reinas Rojas and Vipers - they had very strong results against the next lowest teams in the list less than two months ago.

We'll bring you more info on the ongoing Mexican Championships as the first Division 1 Playoffs takes place - and even now, we can confirm that you'll be able to watch live thanks to Mexico's ubiquitous Derby Wife team.