It's a sad truism about Roller Derby that even the largest and most successful leagues in a country have the constant threat of venue issues. For much of the past year, Edinburgh's Auld Reekie Roller Derby have sad members of that club, despite what should have been one of their strongest and most successful years so far. ARRD have been training hard for the European Continental Cup in Helsinki (and maintaining their ranking to get there in the first place), and ARRD B have been hard at work in British Championships as well. 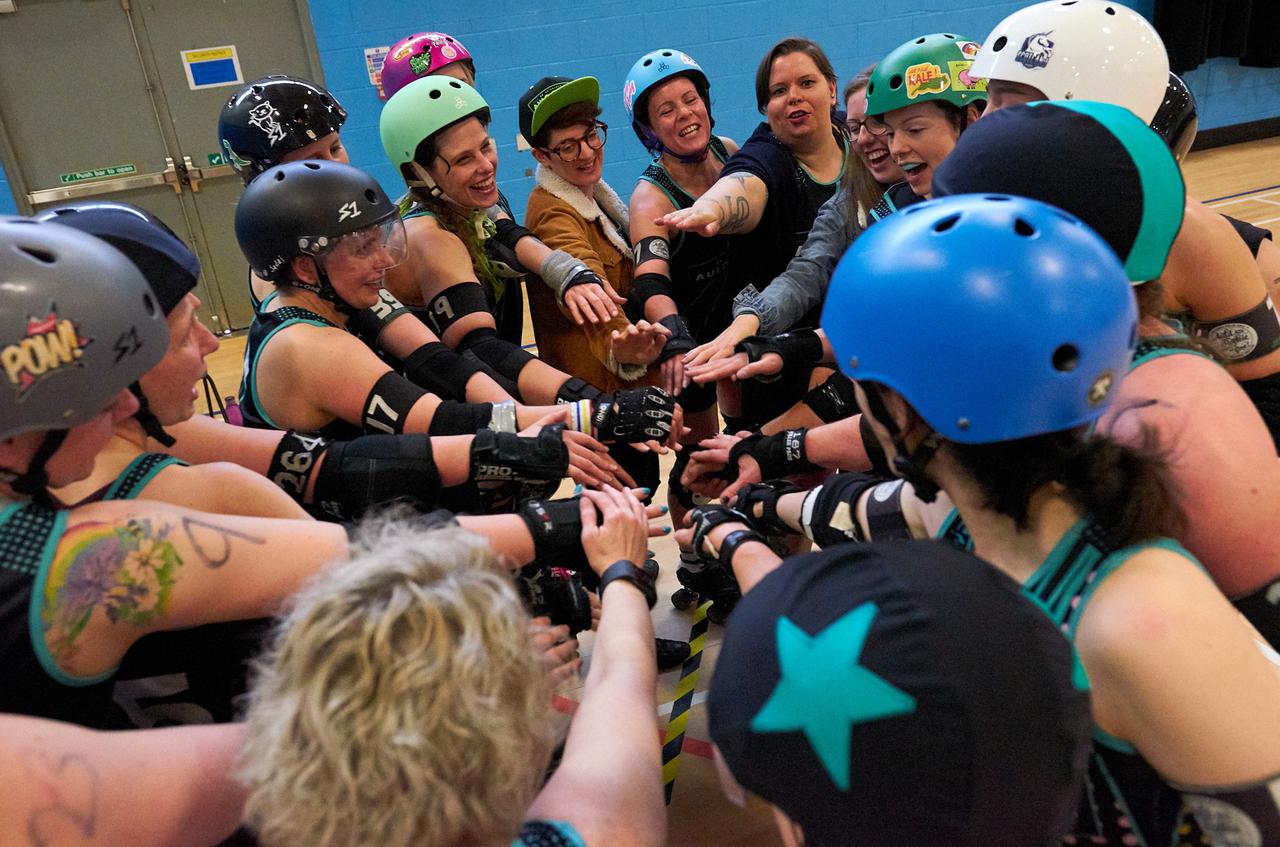 Readers will remember that ARRD lost Meadowbank Sports Centre - their hosting venue for all of their bouts since 2009, as well as one of their core training venues - back in December 2017, due to its closure for redevelopment. This obviously caused significant stress in their scheduling for 2019, including the need to find a new hosting venue capable of supporting their expected attendance. This year's games have been hosted in what's become a common venue for Edinburgh and Midlothian roller derby, Dalkeith Community Campus, which, whilst lovely, is much smaller than the Meadowbank, and considerably less central.

However, this July, this was compounded by the decision, with little notice, by Edinburgh Leisure (the City Council's provider of sport and leisure services) that access to Broughton and Holyrood High, another of their regular training venues, would be terminated. This came as a particular shock to the league, as they had been using the venue for many years with no issues. (Edinburgh Leisure were, and are, also responsible for Meadowbank, and had previously promised to support the league in finding alternative venues, with little actual results on their part.)

Losing such a large fraction of their training space, and schedule, was as traumatic to the league's functioning as you would expect, and it became a matter of existential urgency to find alternative spaces.

Luckily, other providers are more enlightened, and ARRD have been delighted to announce that Leith Community Centre will be their new regular training venue from this month; joining their remaining loyal and regular venue of many years, the Jack Kane Sports Centre, in supporting Roller Derby in Edinburgh.

In a statement released as part of ARRD's press release on this news, Auld Reekie All-Stars Captain Crazylegs said “We are absolutely delighted to be entering into a new relationship with Leith Community Centre, and it couldn’t have come at a better time, when cuts to sports funding and shortage of sports hall provision has caused some real problems for us. Despite these issues, our All Stars have kept their focus and continued to work hard and we’re so proud to have qualified for the Continental Cup - it’s a real testament to the team’s depth and drive. It would be lovely to feel like our own city supported us in our achievements.”