We don't normally allocate a whole article to signifying the anniversary of a league, but this one is a bit special for other reasons.

Vendaval Roller Derby are one of the newer teams hailing from the Argentinian part of Patagonia, in their case, Comodoro Rivadavia. In fact, the 22nd of September will mark only their first year of existence... and for most leagues, that first year doesn't have much in it but building up. Vendaval have certainly been doing that, and they want to spend their anniversary helping do the same for the rest of the Patagonian community. 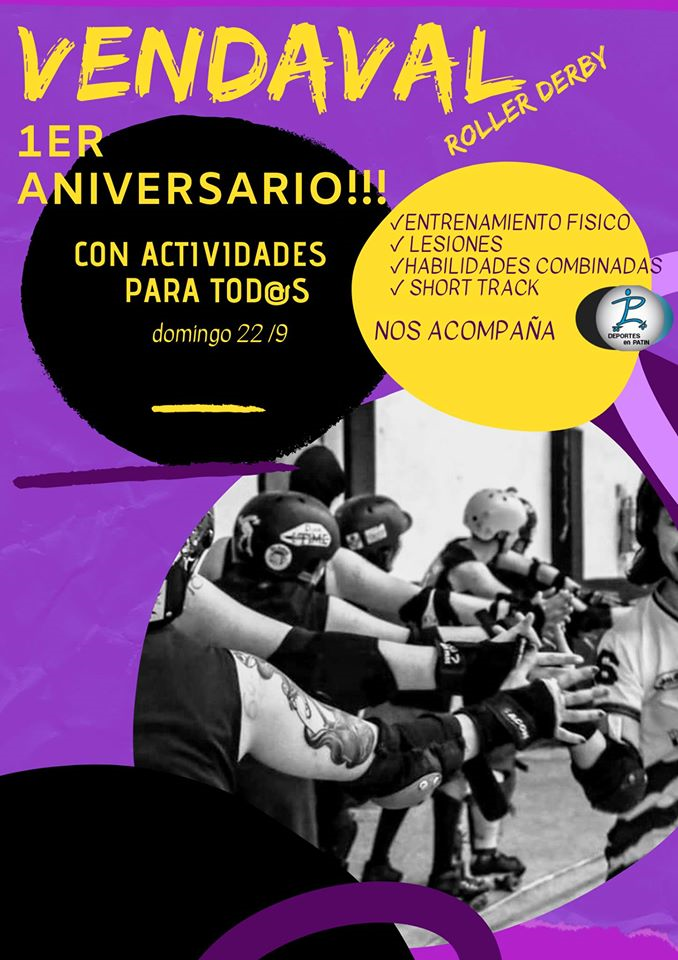 In fact, that community has been working together as a closely-allied group, transcending team boundaries for some time now. Indeed, despite the challenges of the region, Patagonia has hosted the southern-most roller derby tournament for several years running now.

As such, this first anniversary is also a center for more developments in this area: the anniversary event is somewhere between a bootcamp and a convocation for Patagonian leagues. As well as theoretical sessions on dealing with injuries and proper exercise, run by coaching service LP Deportes en Patín, there will also be physical training sessions, and a large shared lunch designed to encourage sharing and connection between the attendees.

Collaboration is essential, but holding games also needs infrastructure and resources. Vendaval will be hosting the first ever public exploration of Short Track Roller Derby in Argentina in aid of this.

As we've written about before, Short Track Roller Derby is a version of the sport created by Rolla Skate Club to enable derby to be played with less space, time, resources and officials than the more established versions do. As such, it's an excellent additional tool to help Roller Derby develop and progress in regions, like Patagonia, where recruitment may be harder, and finding suitable spaces for a full-size WFTDA-standard track impossible.

Vendaval Roller Derby's birthday event will start at 9am on 22nd September.

It will be hosted at: Club In. Luis A. Huergo, Av. del Libertador 450, Comodoro Rivadavia, Chubut, Argentina