This is the Sunday addendum of exciting highlights this weekend. We have a double dose of action in Argentina, with Indias Roller Derby of Quilmes, and recently Continental Cup winners, Sailor City Rollers both hosting multi-bout events! There's also excitement in Scotland, as the selection bout for Men's World Cup team, Power of Scotland is on in Dundee... and we have a Tuesday event in Slovenia as Roller Derby Ljuljana screen Whip it! for Pride! 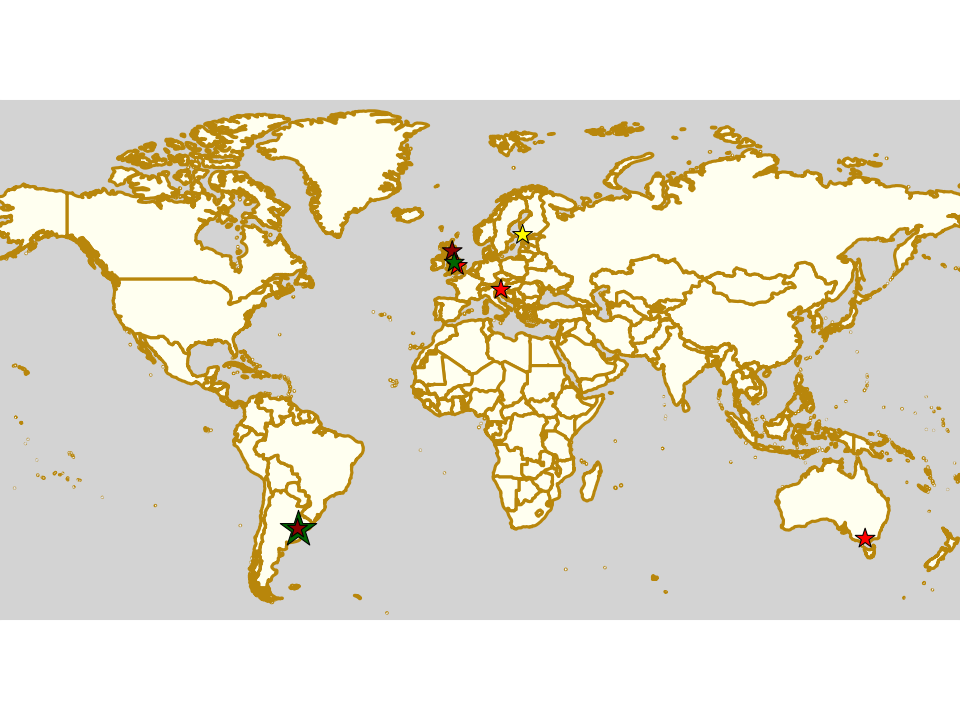 Victorian Roller Derby League 's Bees are also world-leading, as the current B Team World Champions. They're holding a Bingo night to help fund their trip to Denver to defend their title in a month's time!

Dirty River Roller Derby follow up hosting the start of the 2019/20 Suomi Cup on Saturday with an NSO Clinic on Sunday. This clinic is coached by Helsinki Roller Derby's Aggrecola, and covers theory and practice, with a scrimmage to end.

Power of Scotland are getting closer to that 2020 Men's Roller Derby World Cup, so they're hosting a public selection bout to narrow down the current training team to the roster for St Louis. To add to the event, this is a double-header with a mixed MRDA bout to follow, helping to build MRDA-policy roller derby in Scotland.

Leicestershire Dolly Rockit Rollers will be competing in Vienna later this year, and to raise funds they're doing a sponsored skate. In the model of the very original Roller Derbies, they're skating the distance from Leicester to Vienna (as a team effort) in just 6 hours - the equivalent, on average, of one and a half marathons in distance!

Indias Roller Derby host their first ever event, and it's a triple header scrimmage!