This weekend's highlights are back to our two update format. 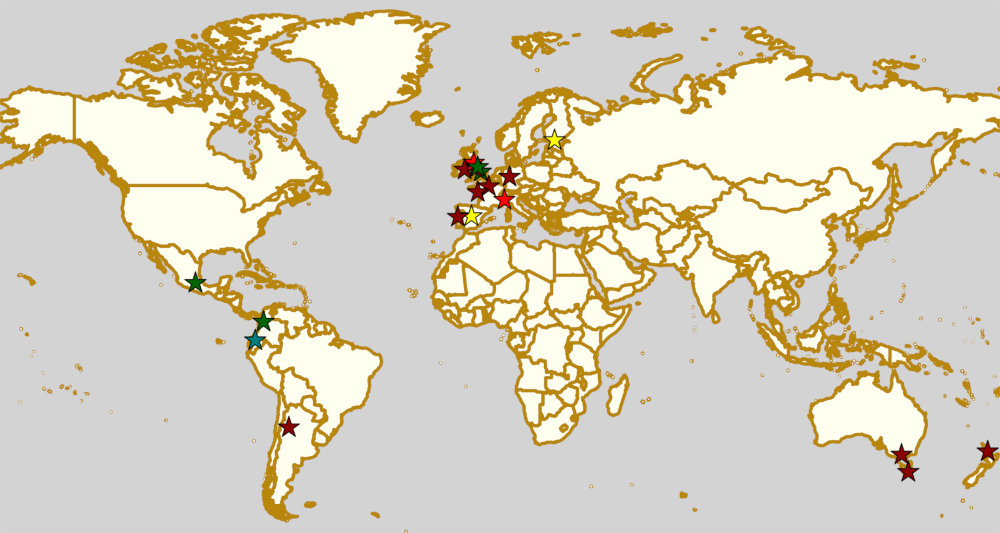 FTS usually does not track juniors games, so only the second bout is listed

Convict City Roller Derby League host a celebration of their 10th Birthday featuring not just 2 games (a rookie game and a home teams game with the original team names from 2010), but also the launch of their new branding, and website!

Roller Derby Finland this season's final of the Finnish National championships. As well as the 4 teams competing in a single elimination for the championship, there will also be an open skate run by Helsinki Coast Quads (the first ever Finnish Men's National Champions, as of this season).

Bloody Wheels Roller Derby Torino host a "benefit party", a fundraising party with food, drink, games, and a raffle, supporting both the league itself, and Italian roller derby in general.

Lutece Destroyeuses host an international 4 team tournament over two days (for a full round-robin) as an end of season event. The Summer Games 2019 features teams from Slovenia, France and Sweden!

Manchester Roller Derby host the final fixture in the British Championships Tier 1 North! With the top sport already taken by Liverpool Roller Birds, it's a battle for second place, and against relegation here. Sheffield Steel, in the bottom spot, cannot avoid relegation in their game against Auld Reekie - but Auld Reekie will need to win impressively to stand a chance of taking the second playoffs place to play for the Championship. That's also only possible if Manchester's Checkerbroads, currently in that second playoffs spot, find neighbours Rainy Revolution too much to handle - a situation which is also the Oldham team's only way out of that second relegation spot!

Border City Roller Derby celebrate their 4th Birthday with a Stars v Stripes scrim - participation open to anyone mins-passed (or mins-passed without laps, or almost mins-passed if your coach vouches for you).

MRDLA (Mixed Roller Derby from Loire Atlantique) host a Roller Derby Sevens tournament, Le Sevenette! This is an 8 team tournament, with group stages seeding into a single elimination and consolation games. Teams are assigned by the organisers to achieve a close skill level across the tournament.

Roller Derby Madrid host the first ever ARDE Spanish National Championships over this weekend, with both the Men's division (three teams) and the finalists from the WFTDA-gender division qualifiers compete for their respective cups, including a Division 2 cup for the top teams there.

Rocket Dolls Roller Derby host the 2019 edition of their European "Quad Cup" tournament, this year featuring teams from Germany, Netherlands and France, as well as the Portuguese hosts. With two days and four teams, the event is run as a round robin tournament with 6 games on the Saturday: the top 2 (and next 2) then playing for 1st (and 3rd) on the Sunday.

Radical Derby host a bootcamp on Roller Derby and Roller Skating aimed at developing the technical aspects of both sports. This bootcamp is coached by Bogota Bone Breakers' Moonsun. This is part of an initiative which Radical Derby have been loudly promoting recently to develop the skating community in Colombia as a whole.