Team Sweden might be relatively new on the scene, but their constituent teams have both been performing well in bouts across Europe. They could be a surprise for the more established teams out there. 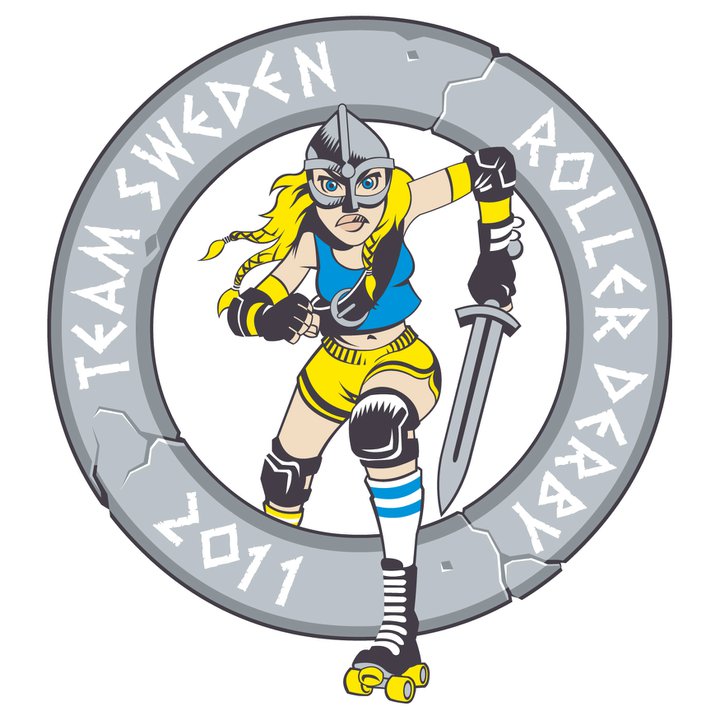 As is plain from the roster, Team Sweden draws almost entirely from the two Swedish leagues, Stockholm and Crime City (Malmö). As with many of the national teams, however, they have a smattering of impressively sourced coaches and head skaters, of which Swede Hurt, who has previously played for East Region champions Gotham Girls Roller Derby and for Rat City (including a trip to West Regionals), and will presumably be bringing her intimidating experience to her Head Coach role.

Team Sweden have played one public bout, against Team Finland, which they won handily. Since then, they have been engaging in regular practices to build team cohesion.

Team Sweden is sponsored by the SwedeVix skate store, which just happens to have been founded by two of their players, Swede Hurt and Vix Viking.

We'll be getting more information about Team Sweden in a later article, as I interview Swede Hurt on various topics.