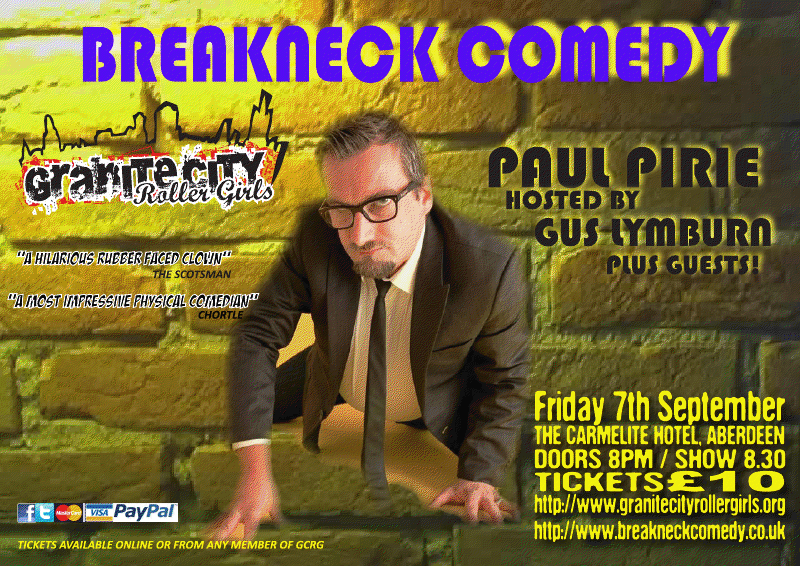 Granite City Roller Girls in conjunction with Breakneck Comedy present a comedy night featuring Paul Pirie.Pirie has been described as "…a most impressive physical comedian…" by Chortle and as "a class act" by The Herald.He was also Scottish Comedian Of The Year,Runner Up in 2006 and been well received at the Edinburgh Festival. Tickets are £10 and are available from any GCRG skater or here. The fundraiser event takes place on Friday the 7th of September,at The Carmelite Hotel,Aberdeen.Doors open at 8pm with the show getting under way at 8:30pm