Scotland competed in the 2011 Roller Derby World Cup and secured 11th place, after a difficult placement group with the USA and New Zealand.  Jill Stephen represented Scotland last time (skating as Fight Cub) and is back for more. She was kind enough to let me interview her.

This weekend Scotland will be competing in The Road to Dallas alongside Team Ireland, Wales and West Indies, having already played two warm-up bouts (against the Euro-Stars and Hot or WOT). 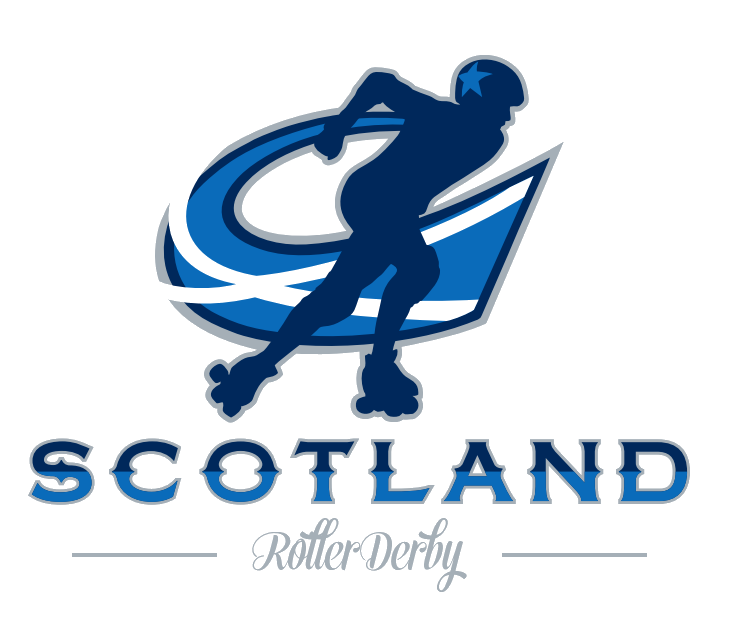 It was a long and thorough process. There were round one tryouts, round two tryouts and a final top 20 training team picked as a result.

The tryouts were open to anyone and were a great way to practice with people from leagues all over the UK.

It never felt tense or pressured and everyone was very relaxed. The scrims were great fun!

Is it difficult having people from different leagues get together for training?

Having skaters from various leagues undoubtedly makes it tricky to all meet up and practice but we’ve managed to get a good few practices in so far with more planned before the tournament.

The training sessions have been tough but excellent. It’s such a privilege to be skating such talented women.

We all have very packed derby calendars as it is so free weekends are like gold dust!

How have you been personally preparing for the World Cup?

I’ve had a complete diet overhaul since selection which has made a huge difference to my fitness and agility. I’ve also been working on upper body strength at the gym.

Mental preparation has also been a big part of my training.

Flying to the USA from anywhere is expensive as a team, how have you been fundraising and achieving sponsorship?

We have some wonderful sponsors including S1 helmets and Atom wheels. There have been a few fundraisers including bouts, a bootcamp and some fabulous merch! We’ve also received extremely generous donations over at http://gogetfunding.com/project/get-team-scotland-to-dallas

We still have a few events up our sleeves before we head out as well. Keep your eyes peeled!

What teams are you most looking forward to playing?

I would LOVE to have the opportunity to play any of the top 3 finishers from the last world cup (USA, Canada, England).

You always learn so much from a really tough game.

What are you most looking forward to about the World Cup this year?

Watching the new teams that have entered this year will be awesome. Also, playing and hanging out with all my Team Scotland team mates.

You skated in the World Cup in 2011; has this had an impact on your training for December?

I feel like Roller Derby is still changing in such a way that all you can ever do is work as hard, focus and train. Nobody will really know what to expect until we get there and it will be a million miles away from the derby we were playing 3 years ago.