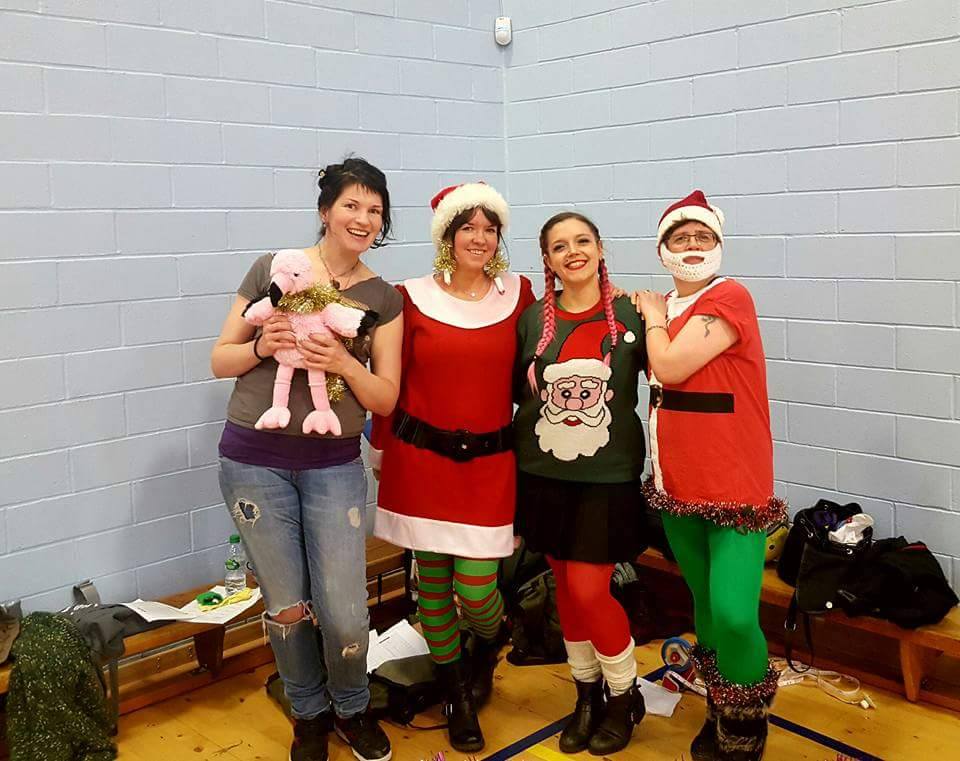 As the skaters pack away their skates for Christmas Break all I can hear in the distance is the gentle fizz of Cherry Lambrini, ice clinking in Lex Luthor’s Gin and the gentle whir of wheels spinning as my skates get their yearly maintenance. Not to mention the continuing echo of “All I want for Christmas” in my head after Auld Reekie Roller Girls' Christmas scrimmage on Thursday.

We had massive attendance from our Intermediate and our Advanced skaters to take part in this once a year opportunity.

The Festive Periods took on the Ba Humbugs in some super fun skating that involved a few Clockwise Jams, Dancing Jams, Singing Jams and even a "Throw your hands in the air like you just don't mind terribly and would only be mildly inconvenienced" Jam. No idea who won, that wasn’t really the goal. We had Pass the Parcel, raffles and some conveniently named officials Ref's for the evening were - The Yule be Sorry and The Prosec-NS-Ho-Ho-Ho's ( You can probably guess who they were), we had 2 Santas, a troupe of elves and a few Grinches who didn't dress up ( Me) . There was more festive cheer than you could shake a candy cane at.

So, with the Year drawing to an end, I thought it an apt moment to conclude the year for ARRG and summarise some of the amazing games and scores from all 3 travel teams this year.

Starting with the ALL STARS (our A- Team)

ALL STAR RESERVES ( B TEAM)

It has been a great year for ARRG, and I think I can speak for everyone when I say we are excited to get stuck into 2017. The New Year brings a fresh Roster selection, New Captains and Vice, New rules to look over and, hopefully, new game prospects and new friends to make.

From everyone at ARRG we wish you all Merry Festivities and a Happy New Year when it comes. 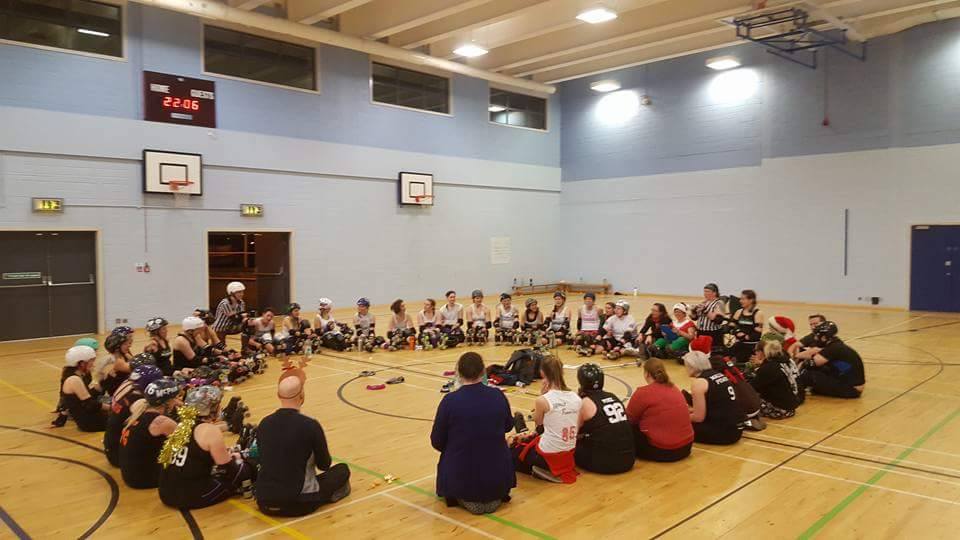 The Circle of ARRG!