With Nantes Derby Girls' 5th edition of West Track Story coming up this weekend, we thought we'd make you a little guide to the teams competing in this WFTDA Recognised Tournament.

As the tournament is WFTDA Recognised, each bout will be Sanctioned, contributing to the teams' ranking for the important "Playoffs" rankings which decide which Division you make, if any.

As the tournament is WFTDA Recognised, WFTDA.TV is re-streaming the video - if you'd like to check the schedule in your timezone, we have a viewing guide here: https://aoanla.pythonanywhere.com/westtrackstory2017.html 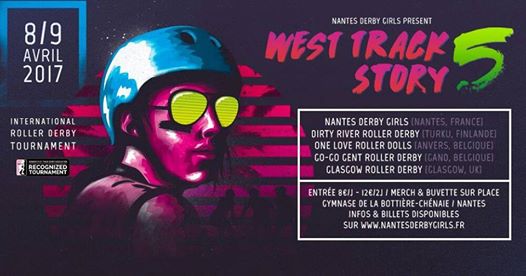 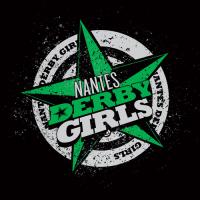 Hosts Nantes are one of the stronger teams in Europe - ranked 24th by Flat Track Stats. Founded in September 2010, Nantes became a member of the the FFRS (the French Roller Sports Governing Body) in 2012, and a WFTDA Apprentice in 2013, with full WFTDA membership the usual year later. Nantes have been running West Track Story since 2013, when it had just 4 teams attending; it soon grew to a 5 team event, with WFTDA "Official" status coming in 2016 for West Track Story IV.

As well as West Track Story, which they have won 4 out of 5 times, Nantes also competes in the French National Championships, in the highest ("Elite") tier.

The first Roller Derby league in Scotland, GRD recently celebrated their 10th birthday, and we interviewed one of their founding members at the time. [READ MORE]. Glasgow have been full WFTDA members since 2012.

Back in 2015, Glasgow's B team attended West Track Story III, where they defeated Kallio B, but lost out to the Berlin B team and hosts Nantes narrowly, and to Amsterdam by a knife-edge (just 7 points). Glasgow Roller Derby are the only team attending with a history of competing in both Europe and Internationally. This year, it's Glasgow Roller Derby A attending, and they will be hoping to show that they're past their problems in the past year and back on track to start regaining WFTDA rank. In the past year, GRD have played none of the teams at West Track Story - although they played Gent way back in 2012, and won. Both teams have changed significantly since then, however! 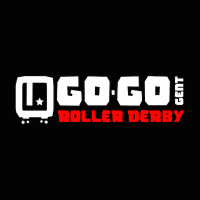 The first Roller Derby league in Belgium, when they founded in late 2008 as "Gent Go-Go Roller Girls", the league rebranded to its current name in 2016. We miss the cats in their old logo. GO-GO Gent have been WFTDA members since 2012.

Gent host their own WFTDA Recognised European Tournament - A Skate Odyssey - since 2013, but this is the first time they've turned up at Nantes' event. As well as competing at SKOD each year, Gent play widely across Europe - in the past year, they played Dirty River, Nantes and Antwerp, all of whom managed to pull out wins. This time, Gent will be looking to show they can win, as they rebuild their ranking from 2015. 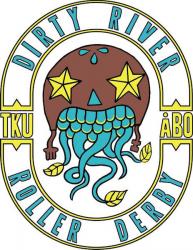 Hailing from Turku, Finland, and founded in 2010, Dirty River Roller Derby are named (fairly obviously) for the locally famous state of the river Aura which passes through the city, although they changed their name from "Grrrls" to "Derby" in 2014. The league have been full WFTDA members since 2015.

As well as being strong competitors in the Finnish National Tournament (the Suomi Cup) since its founding (placing no lower than 4th in any year, and 2nd in 2015), Dirty River also compete across Europe, and played both Nantes and Gent in 2016 - losing to the former by only a pair of points, 215-213. Dirty River have been regular attendees at the (Gent-hosted) Skate Odyssey tournaments, but this is their first West Track Story.

Antwerp Roller Derby, known better as One Love Roller Dolls, were founded in 2010, and joined WFTDA four years later in 2014.

Regular competitors (with Gent) at the Benelux region tournament, Skates of Glory (which One Love founded and host), One Love also compete across Europe. In the last year, they have played only Gent out of the competitors at West Track Story, beating them by just 6 points! One Love are currently on an upward trajectory in their rankings, and will be looking to continue that in this WFTDA Recognised tournament.