We've previously covered the first sets of new teams to appear before the 2018 World Cup in two articles - 5 of them in this roundup last year, and Team Iran here.

But there are even more teams arriving on the scene for what will be the largest World Cup ever... and we're catching up with the rest of them in this series.

Our first subject is a Nation which is surprising, perhaps, for its previous absence: Austria. 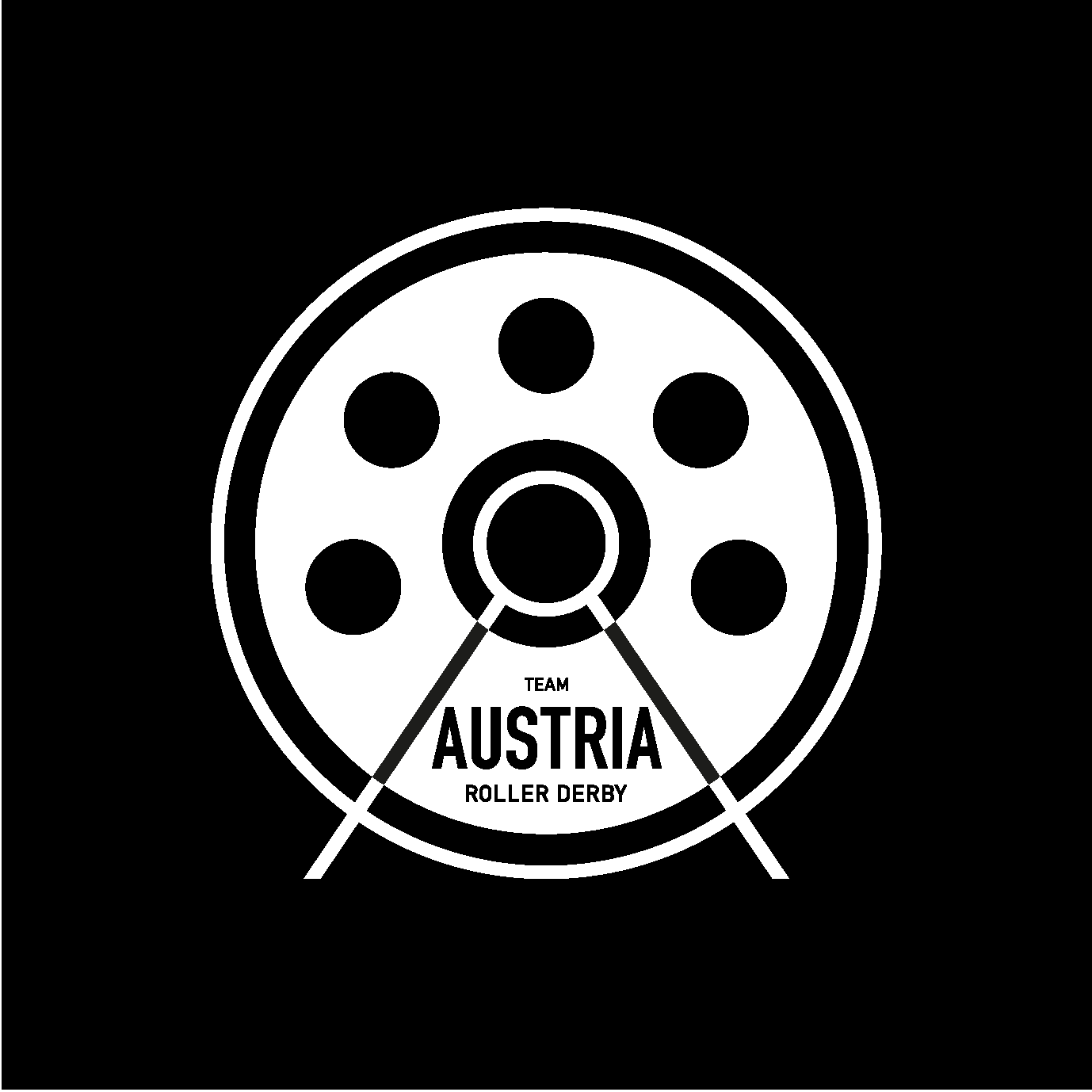 Whilst neighbouring Germany was one of the first European nations to gain Roller Derby leagues, and Team Germany having attended both previous World Cups, Derby in Austria has developed more slowly.

For many years, the capital Vienna was the site of the only league in the country, Vienna Roller Derby, founded in 2011 (as Vienna Rollergirls). Vienna, whilst an active league, was not even a WFTDA member at the time of the 2014 World Cup, and so a Team Austria simply wasn't on the cards then...

Team Austria's rep KnockOut Nora explains, "Even Vienna wasn't ready when the last World Cup came up (and it was 2014, its really such a long time ago already). And I think, no-one in Austria had even thought of the possibility of participating."

"Austria's just really slow when it comes to Derby, I think. Especially when you compare it to Germany, say, they have a Championship [the Bundesliga], there's 40 teams or more. Or if you compare it to France... In Austria, I think it's really quite a different situation, because we're just, even now, four teams."

Only much more recently, three more leagues, in Linz (to the North) in 2015; and Innsbruck (to the East) and Graz (to the South), in 2016, have formed, but the Roller Derby scene in Austria is very much still developing.  As with the Czech Republic, Poland and further East, it seems like it's more difficult to sell the game in Central and Eastern Europe.

This is a problem which Nora has also been thinking about: "Yeah, actually, I really don't know what it is - I started derby in the Netherlands originally, I skated there for 3 months, and, especially if I compare it to the Netherlands; there's also so many teams there, I think they're better connected; the people were so much more willing to travel, and everything was just closer. "

"But I think in general, Austria might be a little slow with new things, and especially when it comes to derby, I mean, a sport for women and then people are kind of suspicious because there's no balls involved(!). I wish it were different! But I think things are really starting to change now - with the three newer teams, they're really really motivated, and I mean there's been so many [new] girls within the last one and a half years, so I think it's also maybe changing at the moment with Derby in Austria."

"And I also see the World Cup, participation in the World Cup, as maybe a turning point ... to also make it more 'official' in Austria maybe. Because it's also something that people know, and that they can relate to a World Cup - it makes our sport sound more Official to some people."

"If I compare it to Vienna: the team is going on for more than 5 years now, we fill out every game, we have a huge fan crowd and we have an A and B team, Fearleaders, it's quite a thing already... and it's still really hard to get funding, and to get venues which are not city owned. And perhaps with National teams this will change, and they'll take it more seriously, and think 'this is a real sport, they play it in other nations, and other cities'... and I think that this is also what this Team means to me, actually, that it might create visibility for Roller Derby in Austria."

Especially with this World Cup projected to be the biggest yet, with (not yet confirmed) comfortably more teams attending than the 2014 World Cup, itself large with 30. It's hard to discount the relevance of a sporting event with quite so many nations involved...

"Yeah, it's a big thing, and that's also something you can tell the people when you're applying for funding - this is really happening, it's a real thing, there's 40 nations coming, and it creates a little bit more seriousness to the sport then."

To take part can also be a difficult thing in itself. The announcement that the 2018 Roller Derby World Cup would be held in Manchester was a catalyst for the formation of Team Austria. Whilst there was a chance that the Cup would be held far away for a third time running, there was no point in trying to form the team - why recruit if you won't be able to afford to travel?

"As soon as the decision was made that it would be in Manchester, I think this is the point where the people involved in planning - 12 people - we all knew that we could really make it happen.. and then we started to plan for real.

Before then, it was always more like 'let's see what happens', because I think many people wouldn't have been able to afford flying to Australia, or South Africa, or South America... or anywhere except Europe! It would have been quite a financial disaster for most of my team!"

Team Austria have yet to hold their tryouts, and are hoping that when they do, they will be able to represent all of Austria, and Austrians outside the country as well.

"So, the thing is we haven't had our tryouts yet. The tryouts will take place in June - we are still looking for Skaters. Everything is still quite vague, we're 10-12 people who are planning in Vienna, and we're at the moment organising everything connected to the National Team. It's only Vienna skaters at the moment - the other leagues are busy with hosting their first bouts. We really hope that all of the leagues in Austria will be involved in the planning in the next few months."

"We will have two skaters from Munich coming to assess, along with our bench coach. We'll have a practice roster soon after tryouts, I think mid-of-July or something like that, and then the idea is that we practice together once a month until October/November, and then we will have our final roster cuts to 20 skaters."

As with a lot of teams, especially this time around, the training team serves a dual purpose, and one which will hopefully benefit the newer teams contributing skaters.

"The training roster is also to make it more inclusive, and to give people the chance to practice together, and to learn, and to really make the National Team a chance to help roller derby grow. And because, in Austria, the levels of the teams are actually still quite different, just because of age."

This kind of "community growth" effect from National Teams is perhaps one of the more socially important aspects of National organisation - and one which doesn't get as much press as it might do.

"The people that are working on it now have been doing so since the announcement in December. But long before that, I've been to several EROC conferences, in 2013, and 2014, and since then I've been involved with other people from other national teams, and with the Roller Derby Nations Committee (for which I am the Austrian representative). So, I've been involved in that way, but the real planning part began in December, and I think for many people it got more real - we said, we have to decide right now, do we want this, because we don't have a lot of time, so we have to do this right now, or never."

With Team Austria one of the newest teams at the World Cup, its aims are a naturally different from those nations turning for a third time.

"I haven't actually thought about it [pauses]. It's not that easy - I can only speak for myself, but I think for many people it's the idea of having a National Team. Everyone I know who's into Derby watched the World Cup, and it's so fascinating to see all these people play.

And I think that many people, were then like 'ahh, I wish I could be there as well'."

"So I think the biggest motivation is to just actually be there for the first time, and also of course to play great games as a team which has grown within the last months of training. And maybe also to prove to ourselves, that while it took us a while to show up, that we did get there!"

Not, of course, that Austria will be content to simply 'participate' once they've arrived...

"For us, judging from the people I know that applied, for the tryouts already, they are rather competitive, so I think once they are there, they will also want to win! We’re not sure what the final tournament will look like, but we’ll definitely be there to show Austria off well."

"But also I think that we will have quite some fans coming  - also because it is in Europe, it will be so much easier for friends and fans to come along!"

"I think that this also helps Derby grow in Europe as a whole - to have fans travel there. Sport is so much about fan culture as well, and this might also grow and become a bigger, more cohesive thing because people can actually go and see the World Cup."

"Not in a far away place, where you can still stream it, but it's not the same as being there, it's still kind of unreal."

Team Austria will be making things more real from their tryouts in July. You can find out more about Team Austria, and how to apply for those tryouts, at their Facebook page here: