In 2018 it seems Derby World cups are like busses, you wait so long for one to arrive and another appears just after it. February saw the Womens Roller Derby World Cup blow everyone away and now, thankfully, we are past its comedown. But it is time to get ready for the Men’s Roller Derby World Cup, which kicks off on the 5th of April in Barcelona. This is the third MRDWC; the first was held in England back in 2014, and the second was two years ago in Canada. Back at the first World Cup in 2014, 15 nations battled it out, that tally rose to 21 in Canada, and this year at Barcelona there will be 24 nations represented, with even more set to join in at the next MRDWC after this one.

Power of Scotland has featured at every MRDWC so far with its roster comprised of skaters from all over Scotland, as well as some from South of the border. From the first MRDWC to the current POS lineup going to Barcelona, Bairn City Rollers has had its skaters featured in each of the squads. BCR's Gibb is one of only three skaters in the current PoS roster who have been present on all three of Power of Scotland’s final World Cup squads to date. 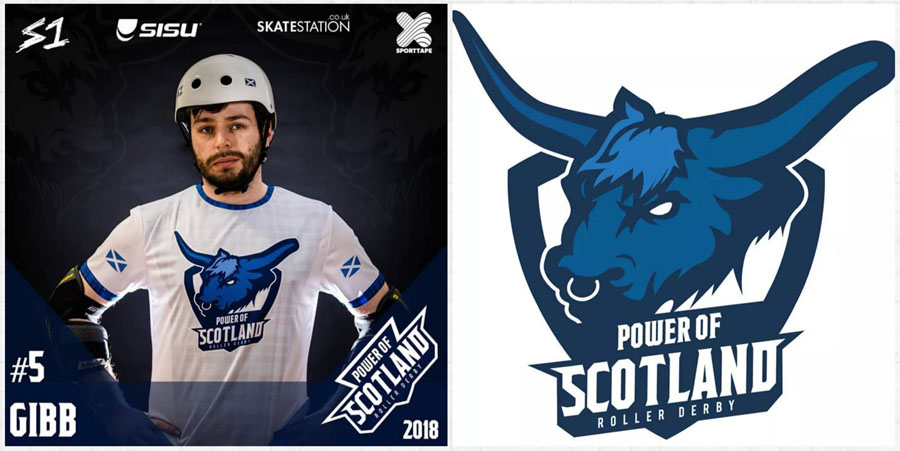 At the first World Cup BCR’s current or past skaters accounted for over quarter of the POS squad. At the last MRDWC in 2016, six current or past BCR skaters made it onto the training squad, of which four made it into the final squad that traveled to Canada. This time around, partially thanks to injuries and retirements, they have two skaters who made the training squad and both will be at Barcelona with Power of Scotland. One will be skating (Gibb) and the other now as part of the staff (rEd Baron).

BCR are proud that they have skaters once again involved with of Power of Scotland at this World Cup. They are also very proud of their skaters' (past and present) achievements representing and playing for Power of Scotland since its inception. 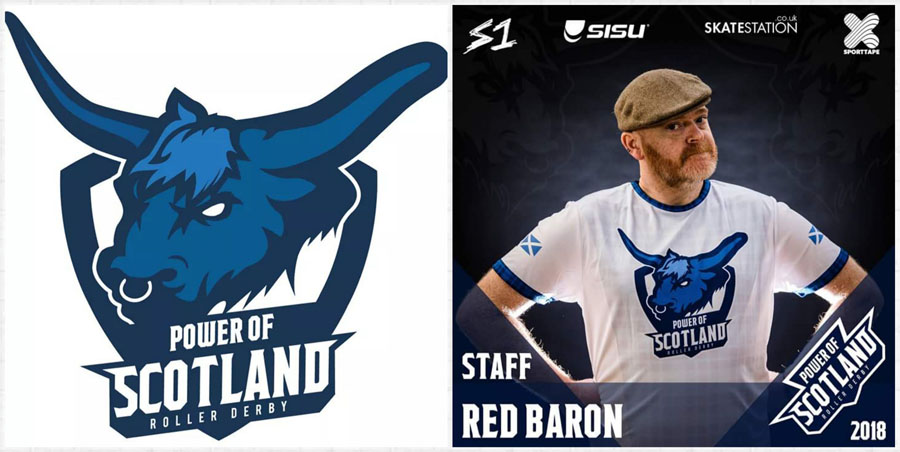 Whilst we are used to seeing some faces from outside of Scotland in POS squads, we are not used to seeing our male skaters in Scotland appearing elsewhere on other National teams. That was until now! At this MRDWC there will be a couple of skaters that play and train in Scotland who will be representing nations other than Scotland, and both hail from Bairn City Rollers.

BCR are incredibly honoured and proud to say that in their ranks they have skaters who will be representing not one, not even two, but three different nations at Barcelona. On the track at the tournament along with Gibb representing Power of Scotland they will have Oliver lining up for Team Wales and Vezzani for Team Italy. If you follow Men’s Derby in Scotland Oliver and Vezzani’s faces will be familiar but perhaps their names not-so-much: they have opted, like many, to play under their real surnames. Normally you would see Oliver playing under his derby name of Basha ROO, and Vezzani as Despicable V.

Both Oliver and Vezzani in their past have represented Power of Scotland (both made the 2016 training squad), with Vezzani representing POS at the first MRDWC. Both have now decided that, going forward, they wish to represent other nations instead. 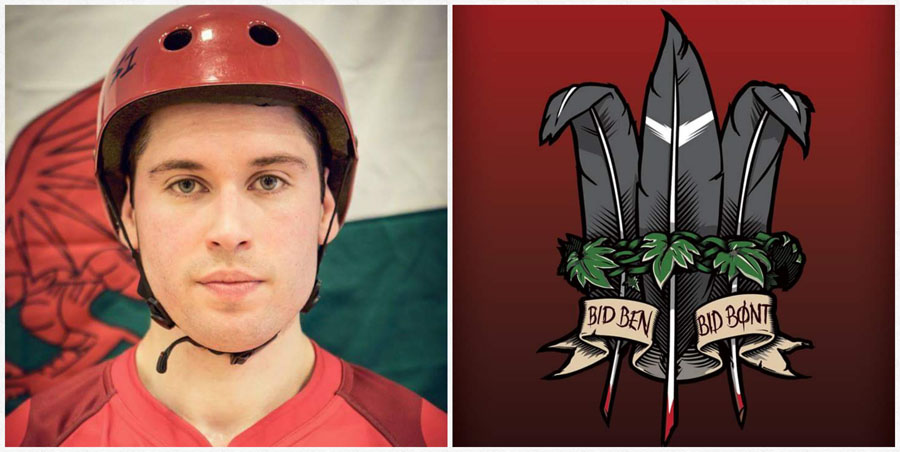 Speaking to Oliver about why he decided to try out for Wales he said:

My mum's side of the family are all from Wales and are passionately Welsh, even my Gran who was originally from Birmingham, so it was a bit of a no brainer to play for Team Wales when I got the chance. The last World Cup, I couldn't commit to traveling down to Wales for training regularly and flying to Canada, financially and work wise. Thankfully this time round I was in a position to be able to.

Vezzani has a similar story for Italy:

At the first MRDWC there was no Team Italy, currently in Italy there are really no Men’s teams/leagues. They do have the Woodgang, which is a team made up of skaters from all over Italy and a few other places. A little like how we had the Jakey Bites here in Scotland. When I tried out for POS for the 2016 World Cup there was no Team Italy, they only appeared very late in the day after I had already made the POS training squad.

When I didn’t make the final 20, quite a few people said to me about trying out for Italy instead. But because I had already made one countries training squad for that world cup I decided against it. Although when I watched and cheered on Italy at the World Cup I realised then, I really wished I had. At that point I decided that if I was going to try out for any Nation going forward it was going to be Italy.

We also asked both how friends, family and team mates reacted when they found out that they would be representing Wales or Italy.

My Family have been really supportive about me playing in the World Cup for Wales, so much so that they are coming to Barcelona to come and watch. My mum's gone full Welsh fan-girl so expect lots of daffodils and dragons, lol. My team mates are pleased for me as well although a few wished I had picked Power of Scotland instead.

When it came to trying out last year, I had told a couple of people that I had wanted to but never told anyone when I was actually going to do it. It was only when I played my first game for Italy in November last year (at the Road to Barcelona tournament in Holland) that everyone found out I had tried that also included 99% of BCR as I had managed to keep it a secret.

The response from friends and teammates has been fantastic and everyone has been really supportive. My dad is really proud and happy that I will be representing Italy and my sister seems to be the most excited by it all, even more than me.

We all know that at the previous MRDWCs, Scotland’s fans have become well known for their support, sheer volume, and chanting for not only for Scotland but other Nations they take a liking to. Seeing as both Oliver and Vezzani are Scotland-based skaters, they will be hoping that they will get some support from the Scottish fans when they take to the track in Barcelona. Here at SRD, we do hope that the Scottish fans at Barcelona and back home will be celebrating and cheering on both of these skaters, and the Welsh and Italian teams.. at least, when they are not playing against Power of Scotland!