Victory or Valhalla returns: Waterford's annual derby tournament back for a second year.

Previously on this blog, we've written about Waterford ViQueens' innovative use of the PivotStar rules to hold a fast, efficient and fun Roller Derby tournament in the south of Ireland: LINK. After the success of the initial tournament, where 6 teams from across Ireland (and also a single team from France) competed in a faster-paced event, Waterford are doing it again. 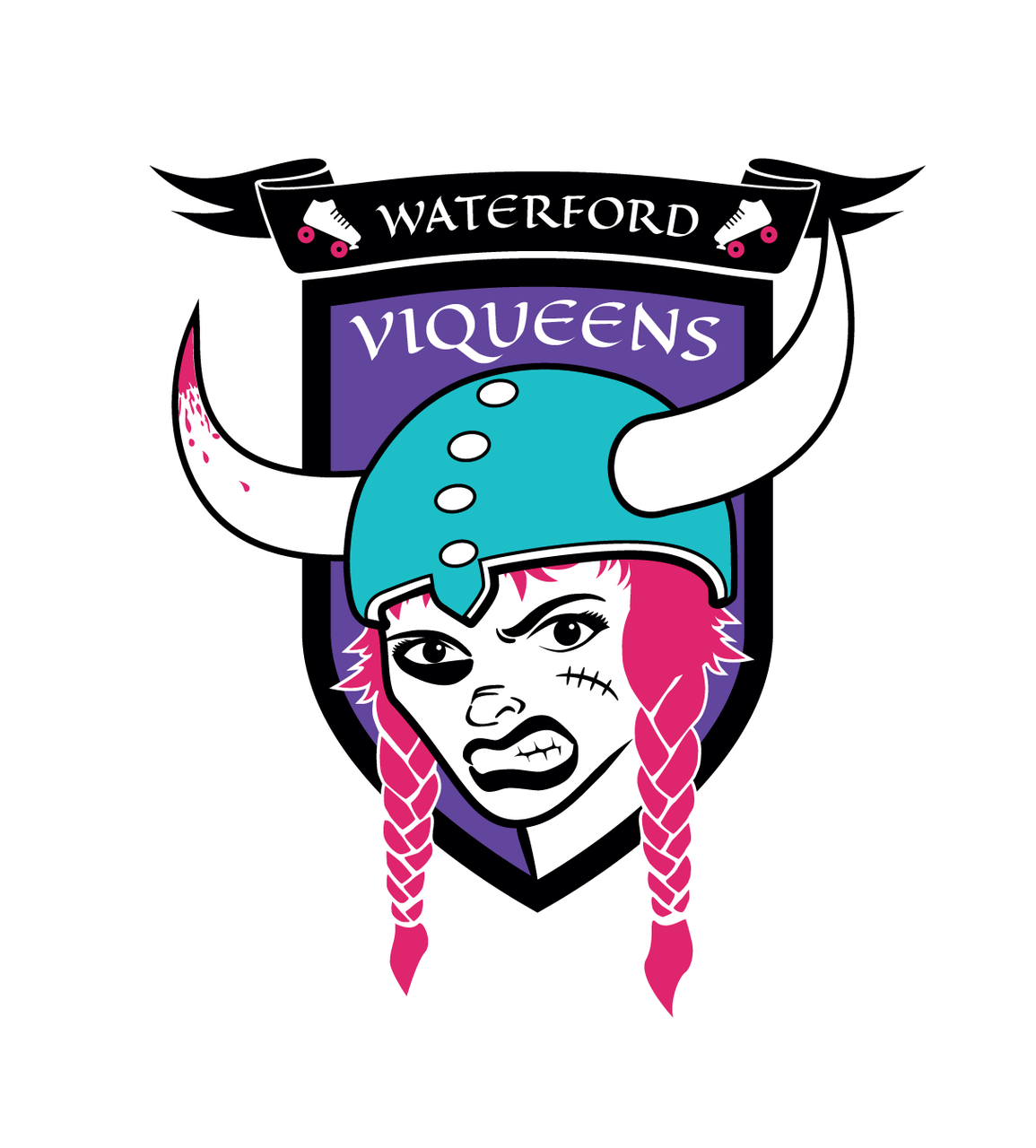 Victory or Vahalla #2 will be a WFTDA-gender policy tournament held in Waterford on the 27th April, aimed at teams from around FTS Women's Europe"> rating 400 to 500.

This tournament will be played under PivotStar rules, a variant ruleset developed to allow efficient production of tournaments with less load on officials. This shouldn't put anyone off - the main things that change are: skaters score 1 point per pass (not 1 per skater), there are no runbacks (track cuts and returns are relative to where you left the track, not relative position of skaters), and games are 20 minutes long with no timeouts. This makes for a fun tournament event, with slightly faster play and different tactics than a WFTDA-standard bout.

This will be the first of several planned "non-standard rules" tournaments in Europe this year (there's at least two in Russia coming up, as well as one or two currently in planning), so we advise people to get in on the fun and not miss out.

Waterford is accessible for international travellers from the airports at Cork Shannon and Dublin, as well from the ferry terminal at Rosslare (for people travelling from Wales or France).

Teams can sign up via Google Forms here: https://docs.google.com/forms/d/e/1FAIpQLScCs5srTnpBrSqkZpT_S8Ndnd5OLFJI9txHUXQruBMezWbSxQ/viewform