As usual when a Saturday is busy, we float the Sunday events over to a separate addendum. Sunday seems to be the preferred day for things in Latin America, with two events in Bogotá (including a collaboration exercise between 4 of the local leagues), one in Mexico, and the previously mentioned Patagonian bootcamp in run by Vendaval in Argentina.

The UK, meanwhile is full of bootcamps and mini-bootcamps for all those not at British Champs over the weekend... 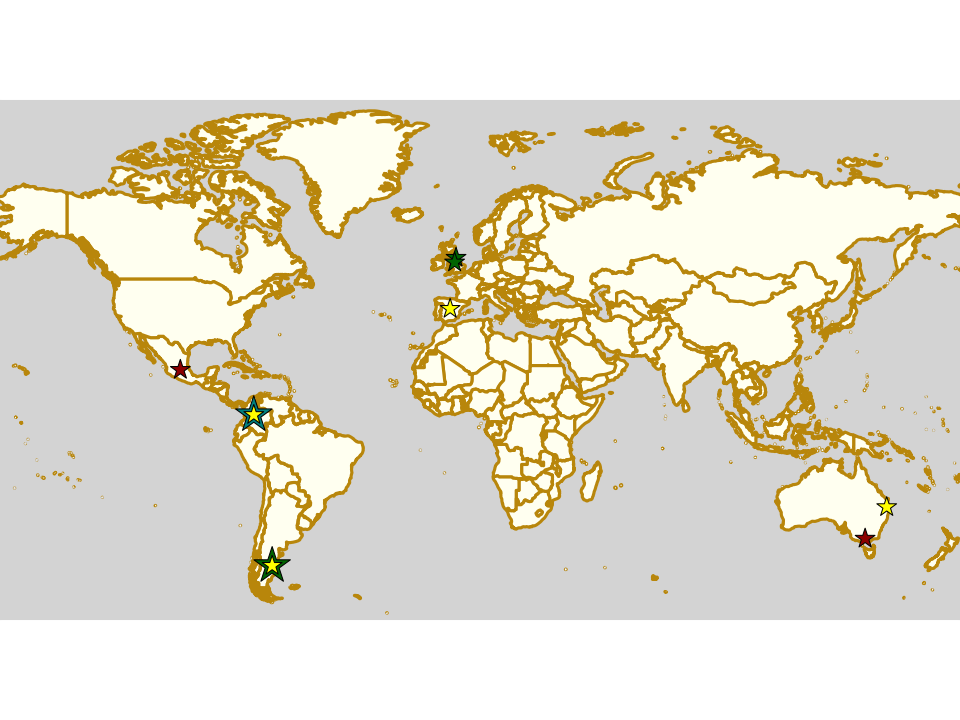 The Guild of Roller Derby host an open scrimmage for all interested skaters who don't want the Australian season to end just yet.

Meanwhile, the rest of Rainy City Roller Derby host a Pre-minimum skills bootcamp, aimed at helping you prepare for the WFTDA minimum skills assessment. Post-mins skaters also welcome if they want to brush up on their fundamentals.

Combativas Revoltosas , Central Derby DC, Kings Roller Derby and Vanguardia Roller Derby co-host a friendly "integration afternoon", which seems to be something like an open friendly scrimmage and time for coordination and collaboration between Bogotá's leagues.

Rock N Roller Queens host the second edition of their "Burgerpalooza" fundraising events, which, as the name should have tipped you off on, are hamburger-themed/catered meeting events with raffles, games, and other entertainments. All attendees get a meat or veggie burger, drink and chips.

Vendaval Roller Derby host their first anniversary event: a bootcamp and collaborative event for the patagonian roller derby community, including an introduction to Short Track Roller Derby. More details in our article here.

Rock City Roller Derby host a double-header of Mexican Roller Derby, with both of their teams taking on teams from Mexico City. The more interesting bout, perhaps, is the second, as we rarely see WFTDA-gender teams playing against MRDA-gender opponents.