When Newcastle Roller Girls announced their intent to host a women's derby equivalent of the Men's European Cup (hosted by their sibling league, Tyne and Fear), there was understandable excitement... but the hosts have been remarkably secretive about the leagues involved, with the only hints being that the attendees were amongst the best teams in Europe.

Now, finally, the roster of competitors is announced, so we've made this quick guide to the teams (and will have individual features later on). EuroClash will be March 25th to 26th, at the Walker Activity Dome, Newcastle. Tickets available here.

So, who are the teams competing in the first ever EuroClash?

Starting with the hosts, we have Newcastle Roller Girls. British Championships 2016 Premier Tier Winners, and currently ranked 76th by WFTDA (13th in Europe by FTS, and 13th by SRD Rank*), the Canny Belters have had a strong 2016 - competing in the USA for the first time, at Beach Brawl in Florida (losing only to the mighty Rainy City) almost immediately after taking that British Championships win. In fact, the Belters have only lost to two teams in the last year - Rainy City and Edinburgh's Auld Reekie (who they also defeated in a rematch). As the hosts, home team advantage will also help their performance, and it would be a mistake to underestimate their chances. 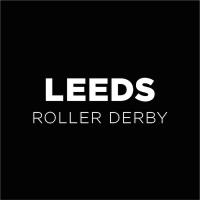 Staying within the UK, Leeds Roller Derby are "technically" a new league, formed by merger of Hot Wheel Roller Derby and Leeds Roller Dolls at the end of 2016. Leeds Roller Dolls were ranked 65th by WFTDA, and their European Rankings were 23rd FTS, 22 SRD Rank; whilst Hot Wheel had Euro rankings of 31 and 25 respectively. We reported on their merger at the time, and are excited to see what the combined pool of talent can accomplish in a single roster. Leeds Roller Dolls had their second trip to the USA in 2016, performing significantly above expectations; after placing solidly in the middle of the Champs Premier Tier rankings. Hot Wheel, by contrast, played their first European tournament in 2016, attending A Skate Odyssey, where they met surpassed expectations (beating their seeding by 4 places); they also managed to come second-from-top in British Champs Tier 2, clearly on the up. 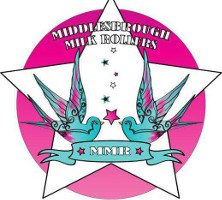 Middlesbrough Milk Rollers are possibly the highest ranked English team attending Euro Clash, with an impressive 56th position on the WFTDA rankings (9th in Europe by FTS, and 4th by SRD Rank)! MMR declined to participate in British Champs in 2016, but had an absolutely impressive year of competition, defeating almost all comers (including Connecticut and New Jersey) despite playing away for each and every bout. The only team to defeat them was London B, the Brawl Saints, which is not a bad record at all. 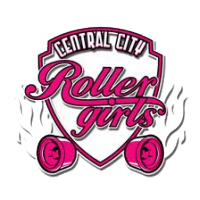 Central City Rollergirls are the 83rd WFTDA ranked team (16th in Europe by SRD, and 20th by FTS), and one of the first Roller Derby leagues in the UK, representing Birmingham. CCR are the second team in this list to have spent their 2016 breaking into the USA via Beach Brawl, where they won more than they lost. They also defeated London B earlier on in the year, still a rare accomplishment for a UK team. The Birmingham team had quite a quiet year by comparison with the hectic adventures of some of the others in this list, and will have a lot of energy for 2017. 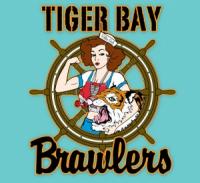 Moving outside England, Wales' Tiger Bay Brawlers are the best that their country has, ranked 75th by WFTDA (14th FTS, 12th SRD Rank in Europe). Declining to compete in British Champs in 2016, TBB instead competed against a wide range of European opponents, defeating London B, but narrowly failing against the mighty Rainy City.

After a lull in 2015, the general feeling is that Cardiff's all-stars have regained their best performance and are ready to go further in 2017; they're also a strong component of the current, and very strong, Welsh National Team!

And representing the northern part of the UK, Edinburgh's Auld Reekie Roller Girls are the strongest team in Scotland, placing 60th in WFTDA (16th FTS, 20th SRD Rank in Europe). Auld Reekie made some waves last year by declining the offer to compete in WFTDA Playoffs, using the time to work more on their own performance - and they also declined British Champs 2016 as well. They did spend some time in the USA earlier in the year, competing at The Big O 2016, but had perhaps a more impressive start to 2016 where they defeated both our hosts Newcastle and Ireland's finest, Dublin. They'll be wanting to recapture that energy for the start of 2017... and will have a boost from their significant presence in the Team Scotland training squad.

For our remaining teams, we have to head outside the UK, so by distance, we first have...

...Dublin Roller Derby, ranked 86th by WFTDA (but 11th in Europe by FTS and SRD Rank). Dublin have had a very exciting 2016, playing their first bouts in the USA at (yes!) Beach Brawl and winning against everyone except Newcastle Roller Girls! This performance didn't slow them down at all, as they also had one of the busiest schedules of 2016 as well, playing 15 bouts over the year, 10 of them away! With strong representation in Team Ireland, the Dublin team is definitely a force to be reckoned with. 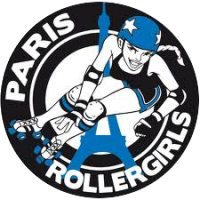 Moving a little further into Europe, Paris Rollergirls are one of the two most exciting teams in France, ranked 71st by WFTDA, but 8th (or 9th) in Europe by FTS (SRD Rank). Hotly tipped for greatness in 2017 by The Derby Apex, the potential strength of Paris is also reflected in the performance of the French National Team, which they are a significant contributor to - Equipe de France is yet to lose a game with their current roster! Paris also burst onto the USA scene in 2016 at... (you've guessed it!) Beach Brawl, losing only the single bout. Much of the rest of their busy 2016 schedule was consumed by the French Nationale Elite Tier, which they topped, winning each and every bout in the 2015/6 season. 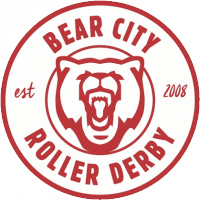 From Berlin, Germany, Bear City Roller Derby are also one of the older teams in Europe, established back in 2008 . Ranked 50th by WFTDA (and 12th in Europe by FTS, 14th by SRD Rank), the Berlin Bombshells are the only team in this competition to have competed in WFTDA (Division 2) Playoffs in 2016, placing a strong 5th out of the 10 competitors, and defeating 4th seed Cincinnati on the way. In fact, Bear City spent more time competing in the USA than anywhere else in 2016, as the majority of their remaining bouts were at the Midwest BrewHaHa, with only two bouts in Europe (against Kallio Rolling Rainbow and Glasgow Roller Derby). Whilst Bear City the league also won the German Nationals (the Bundesliga), we believe this was strictly an exhibition team which differed from BCRD's normal A roster... EuroClash sees the Bombshells return to Europe to take on the other rising stars of the continent.

But that's not all, as we also have the excitement of a National Teams bout as well! 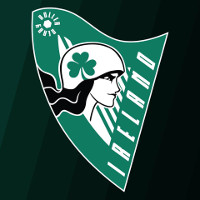 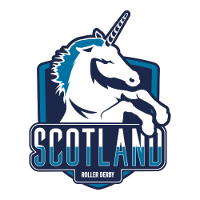 Teams Ireland and Scotland met at the Road to TBC in Cardiff this November, with the Irish taking the win... but neither team had finalised their roster at that point. This rematch is taking place after final selections for Team Scotland [their selection bout is February 11th], and the Scots will be keen to show what they can do with the team that will be heading to the World Cup in Manchester. Meanwhile, Team Ireland were exceptionally green at the Road to TBC, and they will be that much more experienced as a squad by March...

We will be posting interviews with each of the teams competing at EuroClash over the next few weeks, to get into more depth about each of the attendees.

* European rankings on SRD Rank computed from the set of all Women's Travel Teams in Europe known to the algorithm.