Starting as a smaller scale tournament, Violentango 4 (2016) was already a Latin America-wide event, with teams from Argentina, Brasil, Chile, Peru and Uruguay in two divisions. Violentango 5 (2017), which we reported on for the first time, was similarly large in scope, with only Uruguay missing, and more teams from the other regions.

Violentango 6 is changing things up a little again - driven by the demands of WFTDA rankings, 2x4 Roller Derby's Team OSOM will be taking a pass from the tournament for the first time, as the event is remoulded into a "B/C" level tournament, with teams from Argentina and Uruguay attending the two divisions. We're especially happy to see Uruguay returning to the tournament, given the general lack of Uruguayan derby in the popular eye. 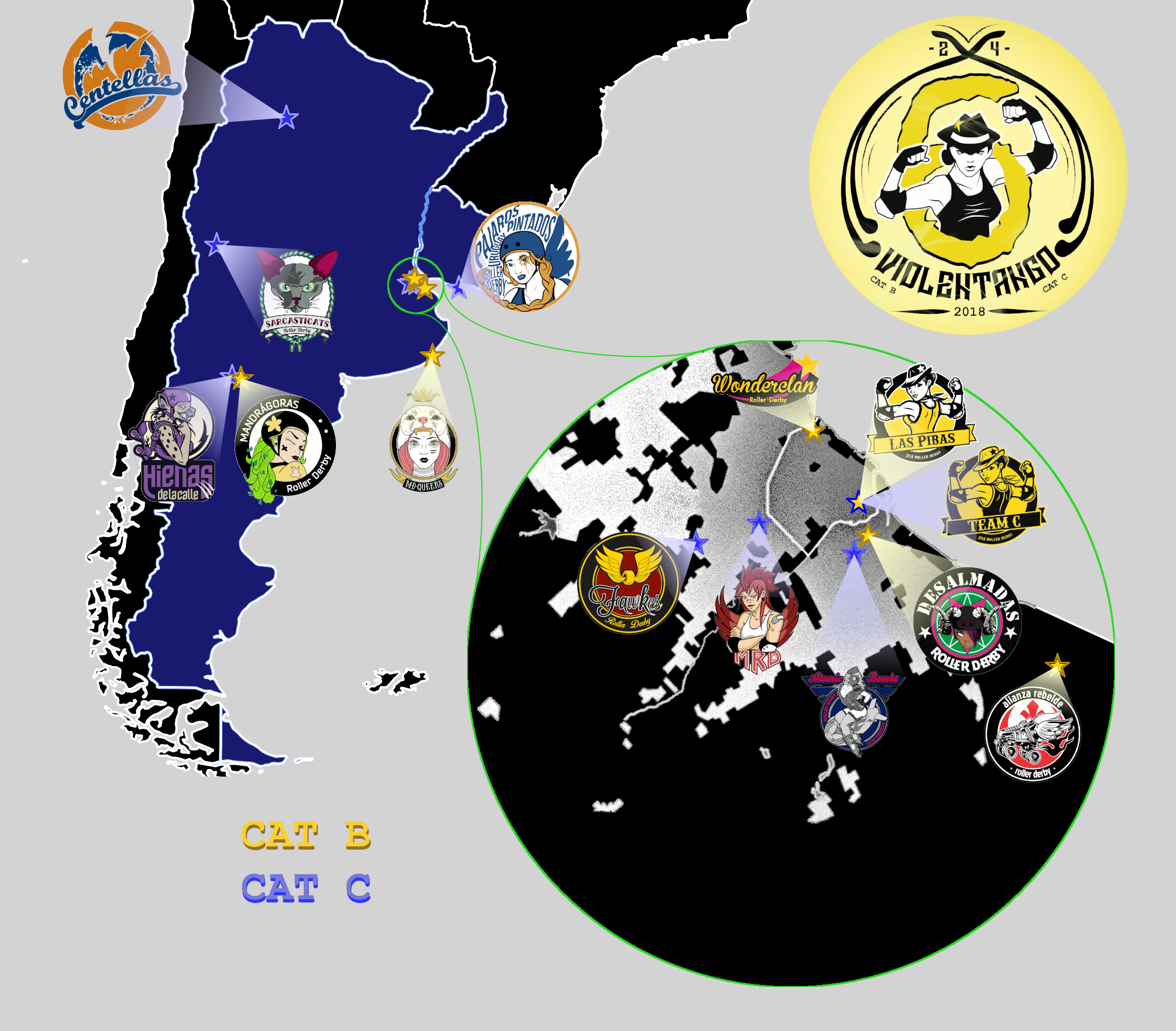 In the B-tier, competing are:

The C-tier is a little larger, and also slightly more diverse in origin:

With just 6 teams in the B Tier, this will be organised as a 2 groups of 3, feeding into a 4 team single elimination from the top 2 teams in each group. (With unseeded teams, this is the second best possible arrangement to guarantee accurate final placements, and the best using a single elimination phase. It also guarantees a minimum of 3 games per team.)

Meanwhile, the 8-team C Tier will run as a standard 3 round single elimination, with consolation/repechage bouts for teams knocked out in round 1. (Guaranteeing either 2 or 3 games for each team.) It's hard to make predictions for the tournament, due to the relative sparsity of data in Latin American derby, especially for teams which play infrequently, however, we expect a strong showing from the home teams, Las Pibas and Team C. With the limited bout data we have available, we expect strong showings from Mandrágoras and Desalmadas in particular in the B Tier. The C Tier is very hard to predict, with 4 teams having too little data in public records to predict (Hienas de la Calle, Atomic Bombs and Team C don't have recent enough public bout results, and Morón can only be rated with a small subset of the Argentinean teams). Of the teams we can try to rate, we expect a strong performance from the Sarcásticats, in particular (who we rate higher than some of the teams in the B Tier...).